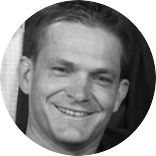 Professor Mark Ross is an Orthopaedic Surgeon who specialises in surgery of the hand, wrist, elbow and shoulder including microsurgery, arthroscopy and joint replacement.

Prof Mark Ross graduated with a degree in Medicine and Surgery from the University of Queensland in 1987. He completed his FRACS in Orthopaedic Surgery in 1996 and undertook a fellowship in Hand and Upper Limb Surgery at the Princess Alexandra Hospital in 1997, before travelling to the USA to undertake a 12-month Fellowship at the Kleinert Institute for Hand and Microsurgery in Louisville, Kentucky.

Dr Ross was appointed as a full member of the Shoulder and Elbow Society of Australia in 2000 and the Australian Hand Surgery Society in 2001. In September 2004 he was also appointed an International Member of the American Society for Surgery of the Hand. He is currently the Director of the Upper Limb Surgery Fellowship Programme at Princess Alexandra Hospital and a founding member of the Upper Limb Research Group at the Institute of Health and Biomedical Innovation at Queensland University of Technology. Dr Ross has lectured extensively both in Australia and overseas and has published numerous articles on hand and upper limb conditions. He has authored several book chapters. Dr Ross is Professor of Orthopaedic Surgery by the School of Medicine at The University of Queensland.

Dr Ross was awarded the Shoulder and Elbow Society of Australia’s International Travelling Fellowship for 2007 whereby he visited members of the European Society for Shoulder and Elbow Surgery. In 2006, Dr Ross was awarded the inaugural Australian Hand Surgery Society Travelling Fellowship to visit members of the American Society for Surgery of the Hand, which he undertook in 2007.

Find answers to questions that are commonly asked.